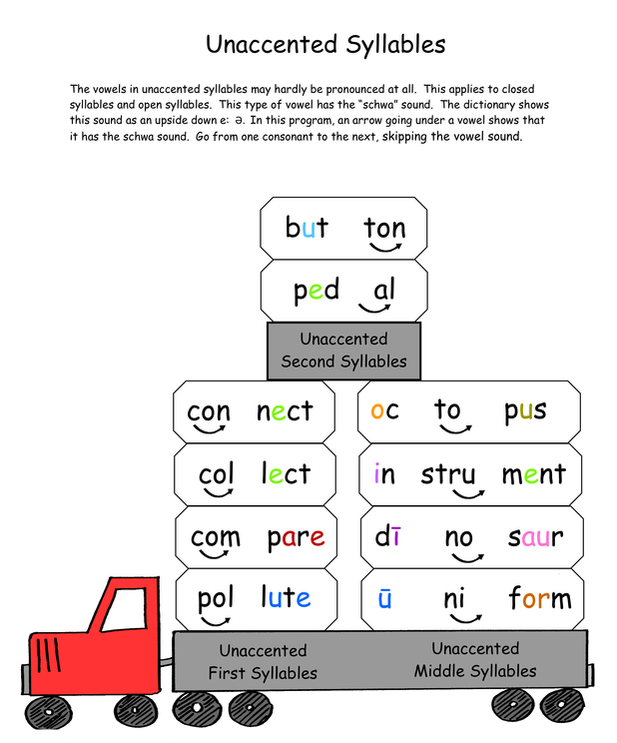 Silent E Syllables
Some multi-syllable words end with a "silent e" syllable, as in ap-ple, bot-tle, and sim-ple.  All syllables must have at least one vowel, so the letter e must be included at the end of the second syllable in these words.  However, the letter e is not pronounced.  Only the consonant sounds are pronounced in a silent e syllable. 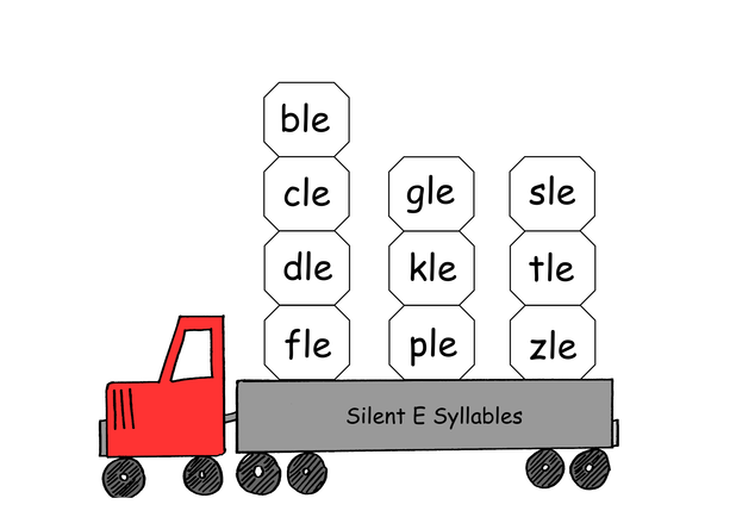